Czechs target 2038 to phase out coal as energy source 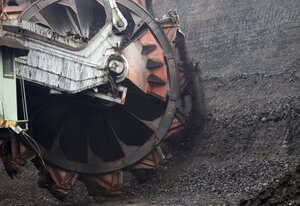 PRAGUE (AP) — A Czech government advisory body has agreed to a proposal for the country to phase out coal as an energy source by 2038, a plan that environmental groups say isn’t ambitious enough.

Trade and Minister Karel Havlicek, one of the two chairmen of the body, said on Friday the government was planning to invest some 355 billion Czech crowns ($16 billion) by 2050 to generate energy from other sources.

The committee includes representatives of the coal industry, experts and environmental activists. The Czech government has yet to give its green light for the plan.

The country is planning to become more reliant on nuclear power, which neighboring Germany decided to phase out by the end of 2022.

The Czech Republic approved the European Union’s plan to make its economy carbon neutral by 2050 after EU heads of state and government agreed that nuclear energy will be recognized as a tool to fight climate change.

The local industry has relied heavily on coal with coal power plants still generating almost 50% of its total electricity.

The country also relies on six nuclear reactors in two nuclear plants for production of a third of electricity and is finalizing a plan to build at least one more nuclear reactor.

Environmental activists say 2038 is an unjustifiably late date to phase out coal.