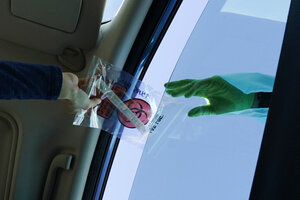 The next few weeks will likely see a lot of action as U.S. regulators assess COVID-19 vaccines and state officials get ready to start giving the shots to people. Shots for at most 20 million people are expected by year’s end.

A timeline of what to expect in the coming days:

— Dec. 1: Centers for Disease Control and Prevention advisory committee votes on who should be first in line to receive vaccinations.

— Dec. 4: Deadline for states to submit requests for doses of the Pfizer/BioNTech vaccine and where they should be shipped.

— Dec. 10: Food and Drug Administration advisers meet to debate if there’s enough evidence for emergency use of the Pfizer vaccine. Sometime after the meeting, the FDA will weigh those recommendations in deciding whether to authorize emergency use.

— Dec. 11: Deadline for states to submit requests for doses of the Moderna vaccine and where they should be shipped.

— Dec. 17: FDA advisers meet to debate evidence behind the Moderna vaccine. The FDA will weigh those recommendations in deciding whether to authorize emergency use sometime after the meeting.

Once the FDA authorizes emergency use of either vaccine:

— Within 24 hours: “Phase 1a” of rollout begins. Private shippers would send shots to each state’s predetermined locations, such as hospitals. Health workers would give first shots to people per states’ plans, with people working in health care likely at the front of the line.