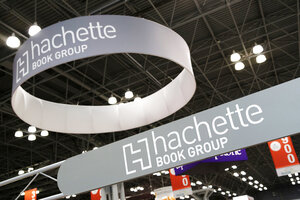 NEW YORK (AP) — The annual publishing convention and trade show known as BookExpo, a decades-old tradition where guest speakers have ranged from Bill Clinton to Margaret Atwood, may be coming to an end.

ReedPop, which has managed BookExpo for a quarter century, announced Tuesday that effective immediately it was “retiring” the event, along with the fan-based BookCon and merchandise-based UnBound. Any future for the convention depends on the wishes of the book community. As in other industries, publishers have debated the necessity of holding BookExpo when much of the business once conducted there has moved online.

Thousands would gather each year at BookExpo, which used to be rotated around the country, from Los Angeles to Chicago to Washington. D.C. But over the past decade, after the financial crisis of 2008-2009, it was held almost exclusively in Manhattan’s Jacob Javits Center as New York publishers looked to cut costs. Even in New York, they sharply reduced how much space they purchased on the convention floor and scaled back on lunches and dinners and other promotional events.

Earlier this year, BookExpo was held virtually because of the coronavirus. The status for next year’s show was already in doubt.

“The pandemic arrived at a time in the life cycle of BookExpo and BookCon where we were already examining the restructure of our events to best meet our community’s need,” Reed event director Jennifer Martin said in a statement.

“This has led us to make the difficult decision to retire the events in their current formats, as we take the necessary time to evaluate the best way to move forward and rebuild our events that will better serve the industry and reach more people than we were able to before. We remain committed to serving the book community and look forward to sharing more information in the future.”

Fiona McRae, executive director of the Minneapolis-based Graywolf Press, said she valued the contacts made at BookExpo and felt sorry for younger people in publishing who might not have the same chance. Penguin Random House CEO Markus Dohle, who has praised BookExpo as a chance for the industry to gather under one roof, said in a statement that he hoped such occasions would happen again.

“Among the many traditions we greatly missed this year was having an industry event that brings together booksellers, authors and publishers,” he said. “In this virtual world, Penguin Random House is continuously investing in innovative ways to connect our community members with one another, and we look forward to working with our industry partners to explore a newly imagined event where we all can come together to celebrate books and their essential role in our society and culture.”

Booksellers have been meeting annually since the early 20th century, although the modern convention dates back to 1947 and the founding of the American Booksellers Association Convention and Trade Show. The ABA, the trade group for independent owners, served as host until the mid-1990s, when tensions with the superstore chain Barnes & Noble and some publishers led to legal action and to the association’s selling the show to Reed.

Usually held in late spring, BookExpo was once a prime venue for upcoming books to “break out,” and for publishers to place orders with booksellers and bring in top authors to meet with store officials, agents, librarians and journalists.

At a given convention, a dais might be shared by Atwood, William Styron and Margaret Thatcher, or by Bill Murray and Julia Child. At a 2006 luncheon in Washington, speakers included Amy Sedaris and John Updike, whose elegy for all the Manhattan bookstores now closed so moved the audience that few remembered what was said by the third featured author, a first-term senator from Illinois, Barack Obama.

But over the past few years, visiting authors lacked the star power of previous guests, and attendance fell to the point where sizable parts of the Javits center floor were empty.

In 2018, when Michelle Obama was looking to promote the fall release of her memoir “Becoming,” she didn’t come to BookExpo, but instead addressed the convention of the American Library Association. And this year highlighted doubts over whether an in-person gathering raises sales: The market has remained stable despite the pandemic and the convention being held online.

Meanwhile, other industry meetings continue, including regional shows and the increasingly popular Winter Institute, managed by the American Booksellers Association. The Winter Institute will be held virtually in February 2021.

“The retirement of BookExpo feels like the end of an era,” ABA CEO Allison K. Hill told the AP, adding that the need for booksellers to gather was as strong as ever. “ABA is exploring new ways to bring booksellers, publishers, and authors together in the future. For now, we’ll keep bringing everyone together virtually.”