Underwater forest hampers search for missing Alabama woman
Listen to KDWN on Your Amazon Echo Device. Here’s How: You can now keep up with all your favorite KDWN Talk shows (Kilmeade, The Vegas Take, Hannity, Levin, The Steve Sanchez Show, Sports X Radio)… 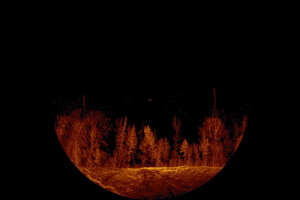 CULLMAN, Ala. (AP) — An underwater forest with trees as tall as 60 feet (18 meters) is hampering the search for the body of a woman who was thrown off a boat in Alabama nearly two weeks ago.

The Cullman Times reports many trees weren’t cut down as workers created Smith Lake near Birmingham more than 50 years ago.

Phil Hutchens is a member of the Cullman County Sheriff’s Office dive team. He says standing timber is now complicating the search for 26-year-old Kelsey Nicole Starling of Birmingham. She’s been missing since two boats collided on the night of July 4. Starling was thrown from one of them.

One of the drivers is charged with boating under the influence.

Teams haven’t been able to find any trace of Starling.