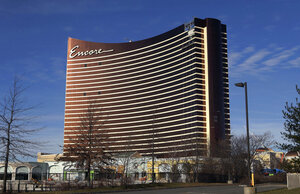 MGM said Tuesday that stakeholders have concerns. It owns a casino in Springfield and wouldn’t have been allowed to operate two in Massachusetts.

Wynn Resorts says it agreed to end discussions and remains “committed to opening and operating Encore Boston Harbor as only Wynn Resorts is able to do.”

The $2.6 billion casino is scheduled to open next month in Everett, Massachusetts.

The company said last month that it’s focused on a successful launch of the casino now that the review is complete. Steve Wynn has denied the allegations.