French film star Catherine Deneuve receives Japanese award
Good Advice From The CDC: While the immediate risk of this new virus to the American public is still believed to be low at this time, everyone can do their part to help respond to this emerging health threat. 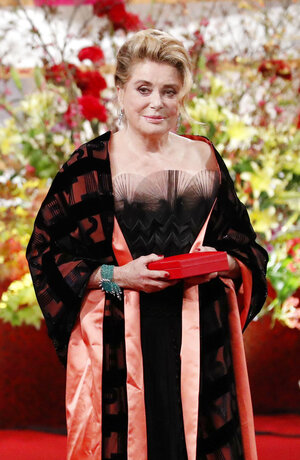 TOKYO (AP) — French film star Catherine Deneuve received Japan’s most prestigious art award on Tuesday at a ceremony in Tokyo, where she was greeted by Emperor Akihito.

Deneuve received the Praemium Imperiale for her achievement in film and theater performances.

The 84-year-old Akihito, who is abdicating at the end of April, shook hands with Deneuve at a reception afterward and congratulated her, according to Japan’s Kyodo News agency.

Deneuve has appeared in more than 100 films during a career spanning over 60 years.

Deneuve, 75, is currently working on a new film by Japanese award-winning director Hirokazu Koreeda in Paris.

She said at a news conference Monday that she’s lucky to be able to work with Koreeda and thanked him for giving her a break to pick up her award.